Cape Town based artist Dave Robertson has been producing artwork and exhibiting since the mid 90’s. Initially known for his photographic work, he has exhibited at several galleries in Germany, USA, the Netherlands and South Africa.

Robertson spent the early part of his  journey as a visual artist, in the film industry, freelancing as an art director. In between film projects he  followed his passion for photography, which was primarily a form of social commentary, often concerned with documenting marginalized lifestyles. After winning a national prize at the Spier Contemporary competition in 2010, for ‘Paper trails’ a documentary project focusing on informal recyclers in Newtown, Johannesburg, he took a break from both photography and the film industry and began to teach himself to paint.

“I  consider myself a versatile visual artist who feels  happiest when pushing the limits of my  creative process, whether it be expressionist photography, abstract painting or printmaking. My work is often concerned  with the  in-between spaces  which are not immediately apparent but can be found just under the ‘skin’ of the perceived physical world. A place where fact and fiction, objectivity and subjectivity join hands in a magical dance. Where our  so-called physical reality seemingly invites aspects of the metaphysical world to show themselves in the work.”

2022 “When life doesn’t give you lemons”, OriginArt, Johannesburg.

2015 “Twenty: Art in the time of democracy”, University of Johannesburg.

1996  Exhibition of life on the streets of Luanda, Angola for Kandengues Unidos, held in Paris, Angola, Mozambique. Initiated by CIES and the E.U.

Shortlisted for the Rise Art Prize 2018, for his “Subtraction print series”.

Robertson’s artworks have been acquired by a variety of international collectors from Sweden, the USA, Tasmania, and the UK. Local collectors include the South African Foundation for Contemporary Art (SAACA), Nandos and AFDA.

2012 Publication of his first photographic book Plakkerskamp, Bonnievale South Africa 2003-2012. The book documents a marginalized community living on a municipal  refuse dump in the Western Cape, over a nine year period.

1996 Book of interviews and photographs of life on the streets of Luanda, Angola for Kandengues Unidos. Exhibition and book launch  held in Paris, Angola, and Mozambique.

1996 Commissioned by the Red Cross Society to create a calendar depicting life in South Africa.

1996 Commissioned by the European Union and CIES (Rome), to  photograph  life on the streets of  Luanda, Angola, for a book project. 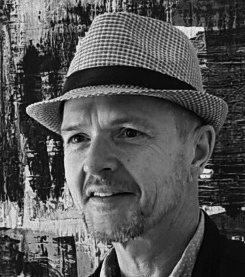